The past year has been challenging to say the least, but it has also afforded us opportunities as we have adapted to find new strategies to deliver the regional CPD programme and networking opportunities.

In March, with the inevitability of a national lockdown emerging, the APCP Executive Officers made the decision to cancel all face-to-face events indefinitely.  As we all adjusted to new ways of working and social restrictions, APCP activities were curtailed temporarily.

The Regional Representatives Committee met virtually in May and June to discuss plans for moving the Regional CPD Programme to a virtual platform.  For several years we have been receiving a steady stream of requests from members for online access to events outside of their own region but have failed to make any significant progress with this.  Covid-19 forced us to put our procrastinations to one side and, with support from the APCP Administrators, Kerry and Fiona, the Regional and Specialist Committees learnt about the Zoom webinar platform and prepared to host live webinars.

The London Region hosted the first webinar on 1st July with guest speaker Farshideh Borandenko looking at Functional Electrical Stimulation in Paediatrics.  This lecture had been originally planned as part of the ‘Demystifying Therapy Approaches for Children with Neurological Conditions’ Autumn lecture series in 2019 but had been re-scheduled for March 2020, but then postponed again due to lockdown.

Shortly after, on 7th July, the Wales Region hosted a webinar on Spina Bifida and Hydrocephalus presented by Bronwen Warner.  Bronwen is a member of the APCP Wales Committee and works for SHINE.

The programme resumed after a break in August, on 1st September, with a webinar from the Northern Ireland Region giving An Overview of Neuromuscular Services for Children and Young People in Northern Ireland presented by Gráinne Nic Fhirléinn and Jaci McFetridge.

The Physiotherapy for Children with Neuromuscular Conditions webinar series continued in January with a 2-part webinar Managing Children with Spinal Muscular Atrophy Type I in the Community presented by Marion Main.

The Regional and Specialist Committee webinars and webinar recordings have been very positively received by the membership and we plan to host at least 2 webinars per month as part of the Regional CPD Programme both in the immediate and longer term.  Details of forthcoming webinars can be found on the CPD Events page. 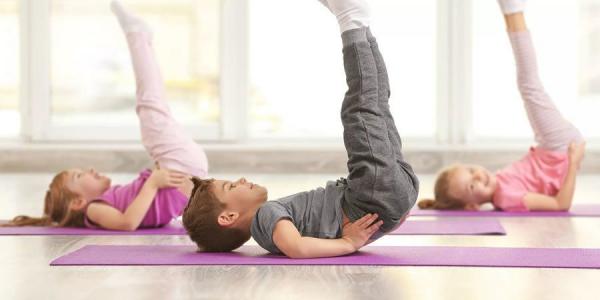 In addition to our live webinars, we were able to provide members with an opportunity to complete APPI pilates training during 2020.

The South West, London and West Midlands Regions had all planned to host the 2-day APPI Pilate Matwork Level I Course and 1-day APPI Kids & Teens Workshop but these were cancelled alongside our other F2F events.  When APPI announced their intention to deliver these courses as live streamed events, we were able to arrange some dates specifically for APCP members with slightly reduced prices compared to the RRP.  More than 45 members have now completed this training over the last 9 months.

Zoom has also offered us new networking opportunities.  The East Anglia and North West Regions have both hosted networking meetings primarily for NHS Managers and Team Leads to share experiences and solutions as services have tried to adapt to the constantly changing restrictions and demands.

The South West Region hosted 3 Zoom meetings focusing on Paediatric Physiotherapy Research.  These meetings brought together members already engaged in research with those thinking about getting into research, examining pathways into research and research funding, as well as providing opportunity for members currently involved in research in the region to present their current findings.

The Regions are also looking at the possibility of hosting virtual journal clubs, with the North West Region currently planning one for February or March, and the PPIPS committee has invited the Regions to join them for a focus groups to consider options for supporting APCP members working in the private sector.

I would really like to thank the Regions for all their achievements over the past 9 months and to thank all regional committee members for their continued commitment to APCP despite the challenges they may have been facing in the workplace and at home.  I am also delighted to report some new members that have recently joined our regional committees:

Being part of a APCP Regional Committee is a great opportunity for APCP members to help influence the work and activities of APCP in their Region and offers you an excellent opportunity to expand your networks and to represent the views of your colleagues.  The Northern Ireland, South East and Trent Regions are still seeking members to join their Regional Committees and I would urge anyone interested in getting more involved to contact us.